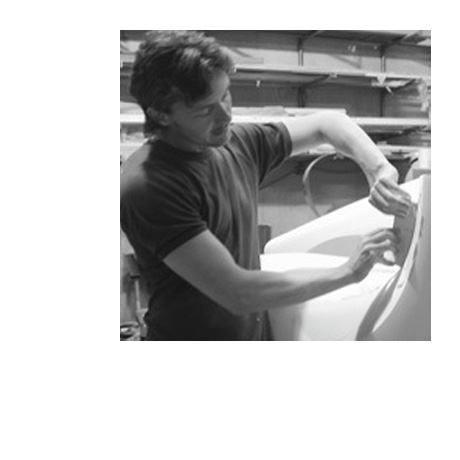 Charles Wilson is a free-lance industrial designer best known for his design of upholstered furniture. After graduating from the University of Technology in 1991, Charles formed a co-operative workshop with fellow graduates developing a collection of experimental furniture.

In 2001 Charles designed an extensive collection of sofas, chairs and tables for Woodmark furniture. This collection, including the ranges CP1, 801 and Julep, has been a great success and has received critical acclaim Australia-wide and internationally.

Described by the Australian Financial Review as “arguably the most talented designer in Australia”, Charles’ other design work has also achieved much acclaim in recent years.
He is the winner of a number of prestigious design awards including the Bombay Sapphire Design Discovery award, for “Spool”, The Australian Design Award for his Candelabra for MENU, and LaunchPad New Designer of the Year.

Charles divides his time between living in Sydney, and at the farm where he grew up in Forbes, central NSW.