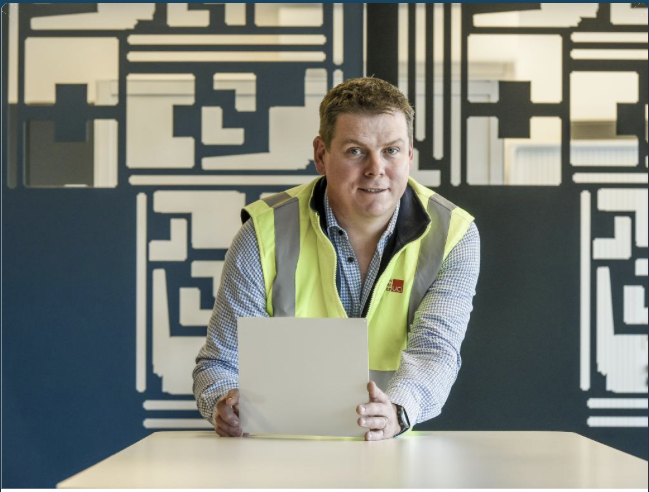 Dire times in Australia’s commercial office market have led to one business reading the writing on the wall and making the leap away from chairs and desks to spray screens and antimicrobial benchtops.

UCI, one of the biggest players in the nation’s office market, said an early decision had kept it in business and also kept many of its 120 workers in a job.

When the virus took hold, ­orders dried up and so managing director Steve Chadband and ­director Hermione Stewart retooled and refocused, with orders now coming in from around Australia and the company in talks with the Victorian government.

“We supply workstations, chairs, meeting areas. That’s been our traditional work. But with COVID-19, that market has been fractured, (so) we had to start reinventing ourselves, looking at specialist needs that have arisen out of this,” Mr Chadband said.

“We’ve done a range of projects. We’ve done the safe screen, which will enable a business to operate. We’ve made quite small ones for coffee shops and made an extremely large one for a specialist medical facility that runs the full length of their reception, which is about 5m.”

More than 500 of the screens have been sold so far, with cafes such as St Ali in Melbourne picking them up.

The business, based in Melbourne with a factory in Adelaide, was able to turn around the screens from prototype to final product in just 24 hours.

UCI is now also using an antimicrobial powder-coat on benches and screens as those businesses that remain open scramble to protect their staff.

The business is reportedly in discussion with a team of architects that work closely with the Victorian government to supply antimicrobial benchtops and screens to fit out hospitals, health centres and government offices.

UCI manufacturing director Timothy Dyer oversees operations at the Adelaide factory, where the antimicrobial benchtops are made.

He said the company never expected to be using the special silver-based powder, produced by a manufacturer in Melbourne, in a bid to fight infection.

“It’s fairly new technology. Our powder coat supplier approached us about using it six months ago and (we) jumped at the chance,” Mr Dyer said.

“Obviously, we couldn’t see an application in the market at the time. Before COVID-19, there wasn’t a requirement and people wouldn’t pay to get it. Now it ­creates an opportunity.”

In addition to its safety-­focused products, UCI has moved to catering for the at-home office market, prototyping a standing desk and a wraparound audio barrier to be used as backdrop during video conferencing and a sound barrier to passing cars and neighbourhood dogs.

“The new world will look quite different; businesses may continue along this path, they’ll still need collaborative areas, but ­offices in terms of a fixed desk will reduce,” Ms Stewart said.

“We think the product that we market will need to change; there will be a higher increase in people remote working.”

David Ross is a Sydney-based journalist at The Australian. He previously worked at the European Parliament and as a freelance journalist, writing for many publications including Myanmar Business Today where he … Read more